With the topical application of drugs to the skin different objectives may be pursued. On the one hand, it may be desirable that the drug remains an the skin surface. In other situations, the penetration of the drug into deeper layers of the skin and thus drug absorption is required. Percutaneous drug penetration may be influenced by the proper choice of the vehicle, i.e. the ointment base. Besides any thermodynamic effects caused by different drug solubilities in the vehicles, penetration-enhancing, i.e. barrier-modifying effects may play a major role. Such effects may be quantified either directly by recording the drug flux through the skin or by the measurement of the pharmacodynamic response, if drugs are used that are able to induce a quantifiable pharmacodynamic reaction. The measurement of the pharmacodynamic response and the choice of the response parameter require the consideration of pharmacokinetic principles. This allows it to determine the relative bioavailability accurately and to differentiate between thermodynamic and penetration-enhancing vehicle effects. Various intensity- and time-related response parameters and bioavailability data, determined from simulated dose-response curves, were evaluated with regard to their suitability. These parameters included the reciprocal of the latency time of onset of the response LT, the duration of that response D and the maximum response Rmax (Fig. 1).

Bioavailability and enhancement factors f and EF may be determined from the horizontal distance between parallel dose-response curves of a standard- and a test formulation or as vertical quotients from the upper plateau region of the curves (Fig. 2). While the horizontal distances between the curves include both thermodynamic and penetration-enhancing vehicle effects, differences in the response plateau values may only be caused by a barrier-modifying action. Consequently, bioavailability factors are determined from the horizontal distances while the vertical quotients of the response plateaus represent enhancement factors (Fig. 2). Penetration-enhancing vehicle effects typically lead to non-parallel dose-response curves because of the different maximum response plateaus that are reached. If the drug concentration in the vehicle is divided by the respective drug solubility, i.e. the drug concentration is converted into the drug activity, the influence of thermodynamic effects is eliminated and enhancement factors can then be determined from the horizontal distance between so-called activity-response curves (Fig. 2).

Fig. 2: Determination of bioavailability and enhancement factors from dose- and activity-response curves of a test and a standard preparation.

These observations are of practical relevance, if studies are planned to quantify vehicle effects or to evaluate the penetration properties of drugs by pharmacodynamic measurements. The pharmacodynamic response should be measurable in a quick and easy way (e.g. visually) thus avoiding sophisticated experimental setups and time-consuming experiments. These requirements are given with the response parameters maximum response and the reciprocal of the time of onset.

In general, steady-state conditions should be guaranteed to avoid drug depletion in the vehicle, which would lead to a reduced response. However, steady-state conditions, i.e. zero order penetration kinetics, cannot be achieved if the duration of a response is measured. Zero order penetration kinetics can be maintained for a certain time period by application of large amounts of solution-type ointment formulations. With suspension-type ointments a constant drug penetration rate is observed as long as there is an excess amount of undissolved drug present. However, with suspension-type ointments no dose-response curves can be obtained. They only allow onepoint measurements in the upper plateau region of dose- or activity-response curves. From these values enhancement factors may be calculated in analogy to the calculation of vertical quotients from dose- or activity-response curves. The maximum response represents a suitable response parameter for one-point measurements. A less suitable parameter for these one-point-measurements is the reciprocal of the latency time, because enhancement factors determined with this parameter describe only the contribution of an increased diffusion coefficient in the barrier to overall penetration enhancement and disregard the contribution of increased drug solubility in the barrier. In general, it has to be taken care that after application of suspension-type preparations the intrinsic activity of the drug (= maximum effect in the biological system) is not reached because drug suspensions typically lead to the maximum drug flux. This would make a differentiation between different vehicles impossible. In this case, another model drug should be chosen. It should also be mentioned that the maximum response is affected by the threshold concentration at the receptor site Cmin eff, which has to be overcome to induce a measurable response (Fig. 1).

In general, activity-response curves should be recorded instead of dose-response curves to eliminate thermodynamic vehicle effects and to be able to directly quantify penetration-enhancing effects. However, strong penetration enhancement causes non-parallel curves because of the different response plateaus that are reached. The determination of enhancement factors from the horizontal distance between activity-response curves however requires a parallelism of the curves. Therefore, vertical quotients from the upper response plateaus should be calculated in this case.

These theoretical observations have impact an the experimental methods described in the FDA Guidance for Industry "Topical dermatologic corticosteroids: In vivo bioequivalence", which uses the maximum skin blanching response caused by glucocorticoids as response parameter. In this Guidance it should be mentioned that for an accurate quantification of the skin blanching response steady-state conditions have to be maintained and that the intrinsic activity of the applied corticosteroid should be known. 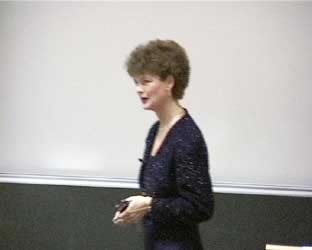 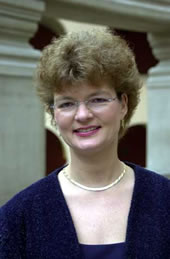 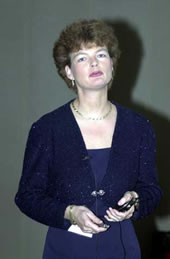 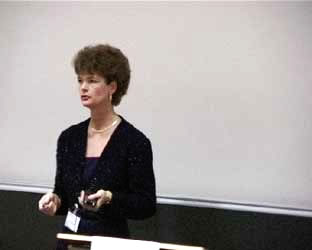